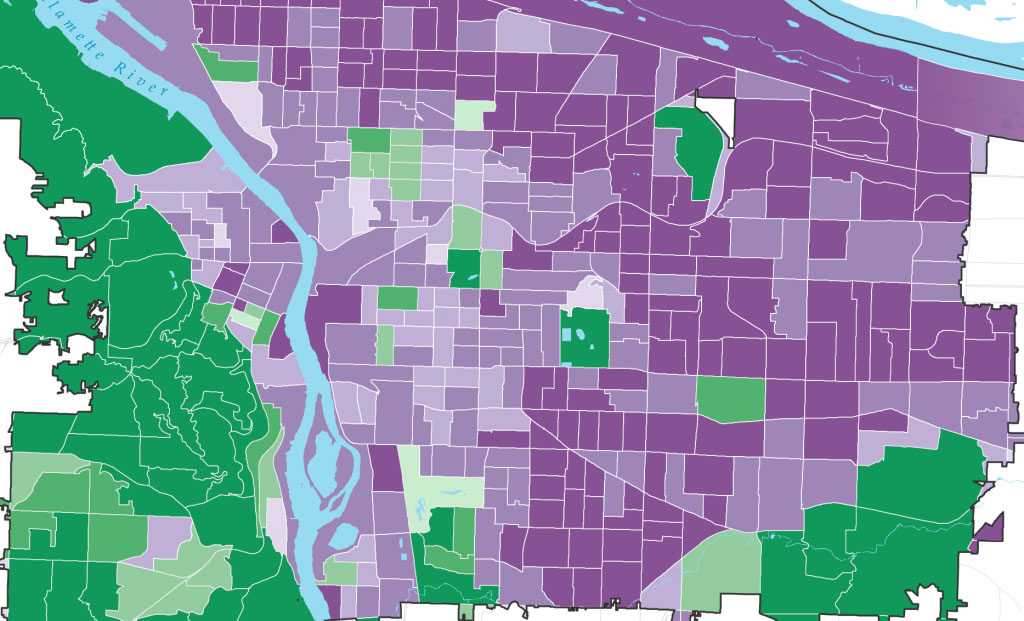 Ecotrust is a Portland, OR based non-profit that supports sustainable models for community development, economic growth, and social equity. The organization, in collaboration with the Portland Urban Forestry Commission, was particularly interested in 1) analyzing and assessing the state of Portland’s urban forest, 2) understanding how the canopy had changed over the past decade at multiple geographic scales, and 3) exploring relationships between canopy distribution and social and demographic indicators.

To do this, Parker employed exploratory remote sensing techniques to derive 1 meter classifications of the urban forest using multispectral imagery from the National Agricultural Imagery Program (NAIP). Combined with canopy classifications derived from 1m LiDAR data, he was able to piece together a series of maps and statistical graphics modeling change to Portland’s urban forest at intervals from 2007-2014. Parker’s analysis revealed that while Portland’s canopy is growing, the majority of the city is below the canopy targets set for each zoning designation. In addition, he used geographically weighted regression to build a spatially explicit model for predicting canopy cover based on a set of socioeconomic and demographic factors. Ultimately, he found that race, education, home ownership, and population density are all associated with inequities in the distribution of the urban forest. 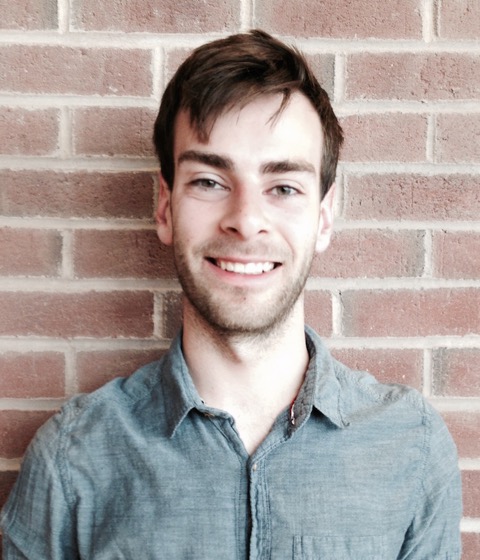 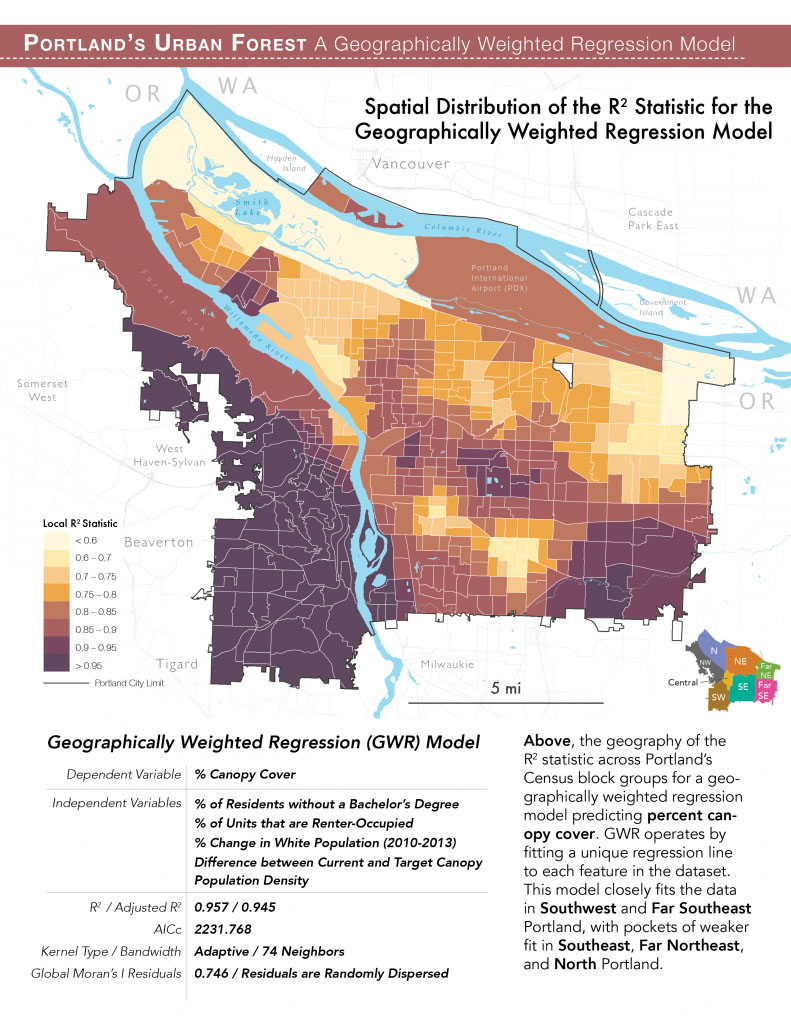 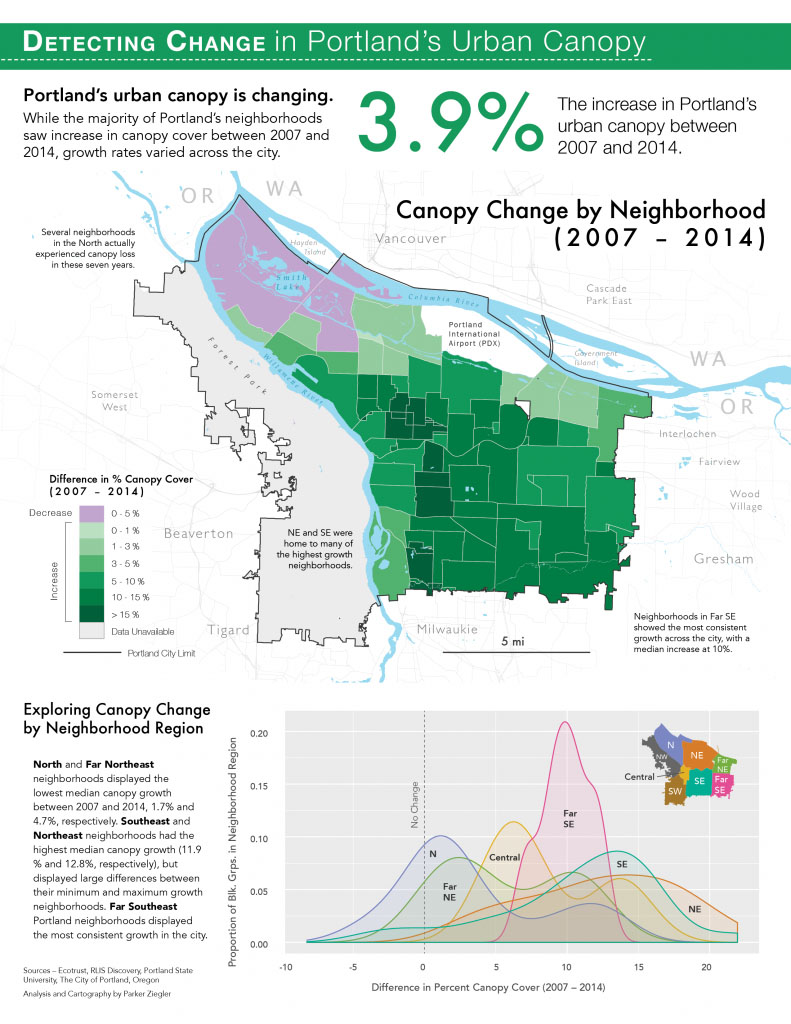 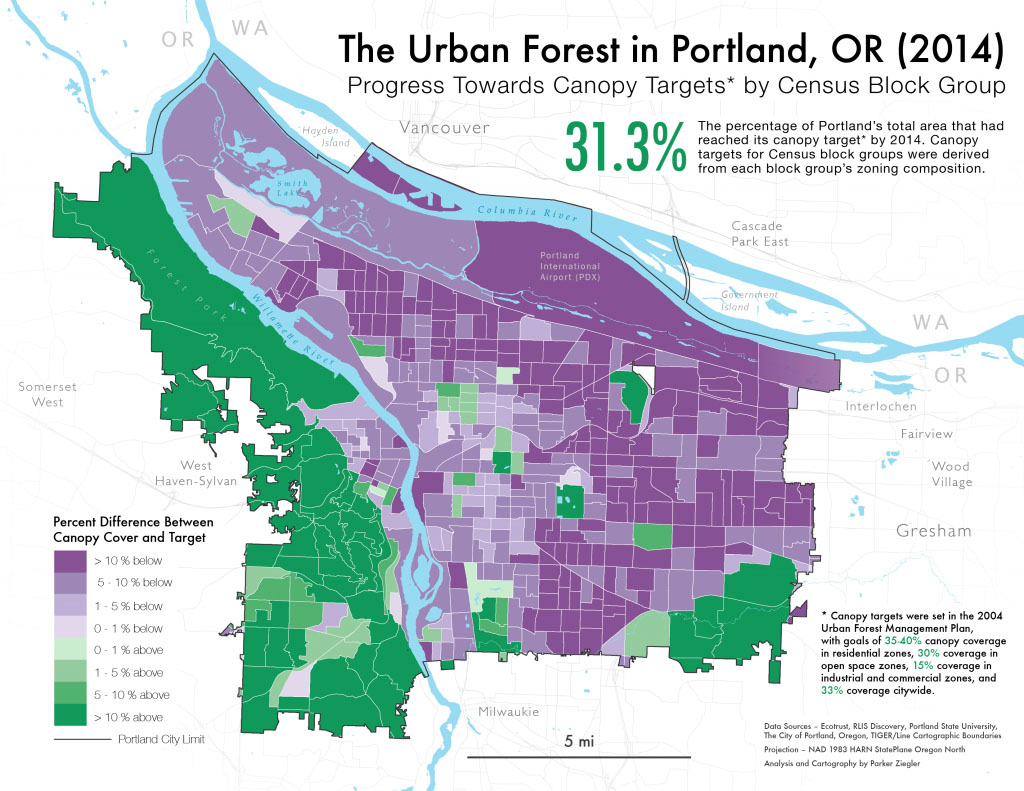