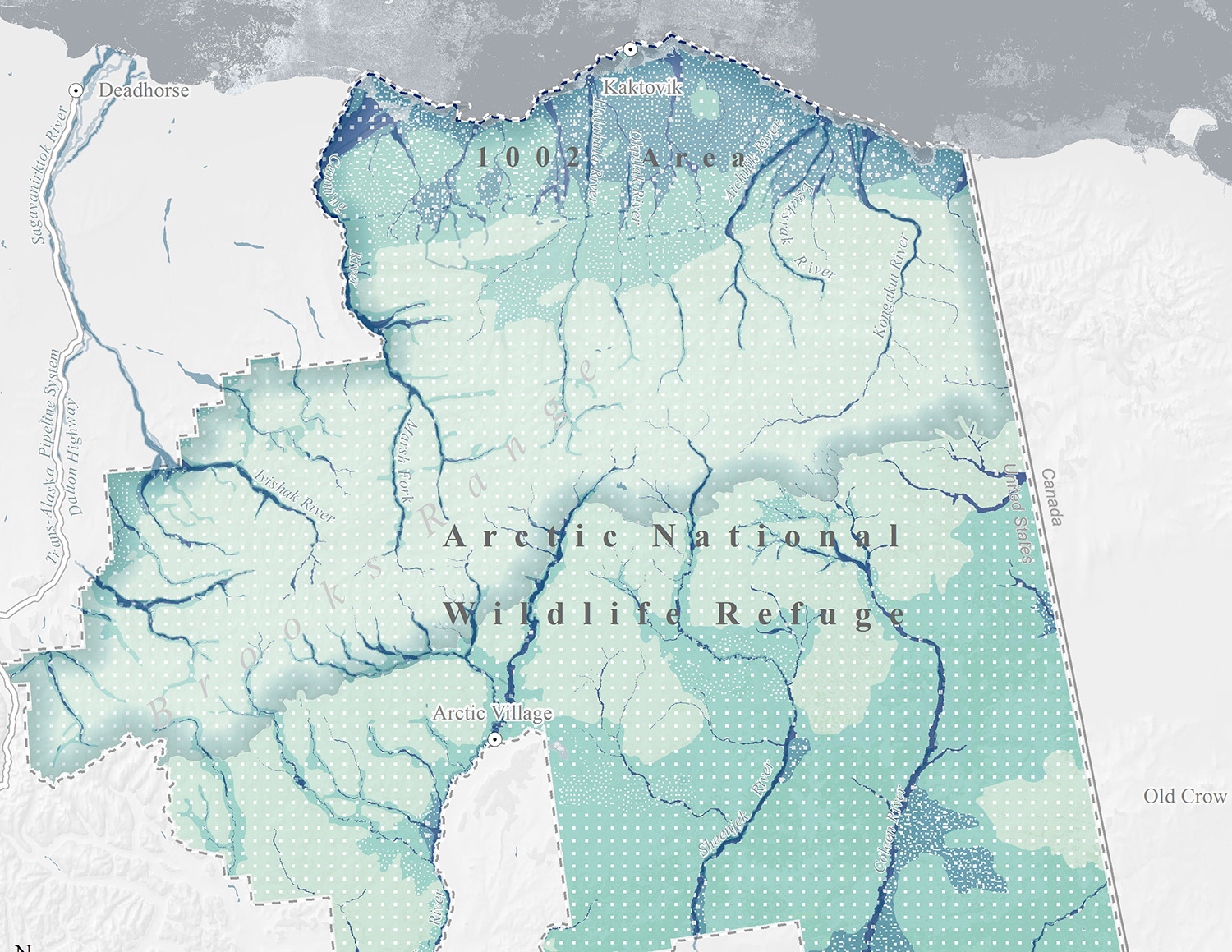 Audubon Alaska is an organization working on conserving Alaska’s natural ecosystems, focusing on birds, other wildlife, and their habitats, for the benefit and enjoyment of current and future generations. The main study area of this project, the Arctic National Wildlife Refuge coastal plain, was opened to the study of oil development in December 2017. This action will affect lots of wildlife and environmental resources in the 1002 Area. Audubon Alaska plans to use maps and geospatial analysis to inform a broad audience including agency decision-makers, scientists, congressional staff and environmental groups to raise awareness about the potential problem.

The three major tasks in this project are: creating a map atlas of the wildlife and environmental resources at stake, digitizing historical maps into vector shapefile or raster datasets, and performing species distribution modeling on specific species.

The major difficulties of this project were the gaps between datasets and to downscale them to the coastal plain. Xiao utilized a wide range of datasets provided by Audubon Alaska using ArcMap and performed species distribution modeling in R to create and visualize the mid-scale dataset. She also used R and remote sensing techniques in ArcMap to automate digitizing the historical maps. 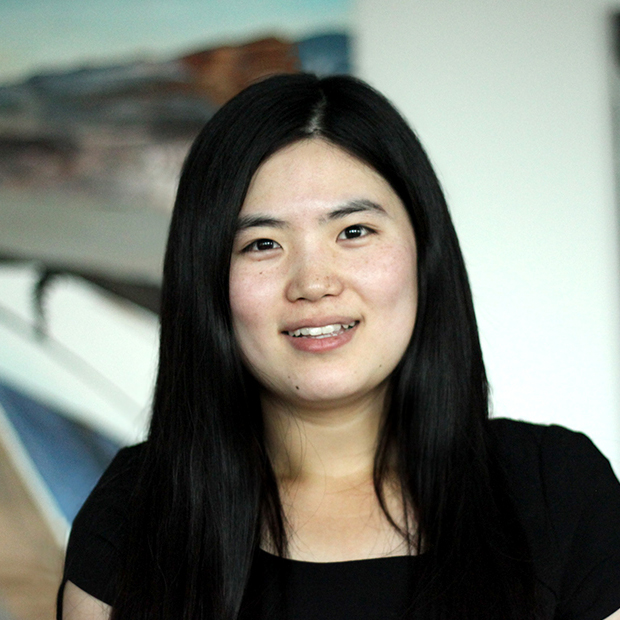 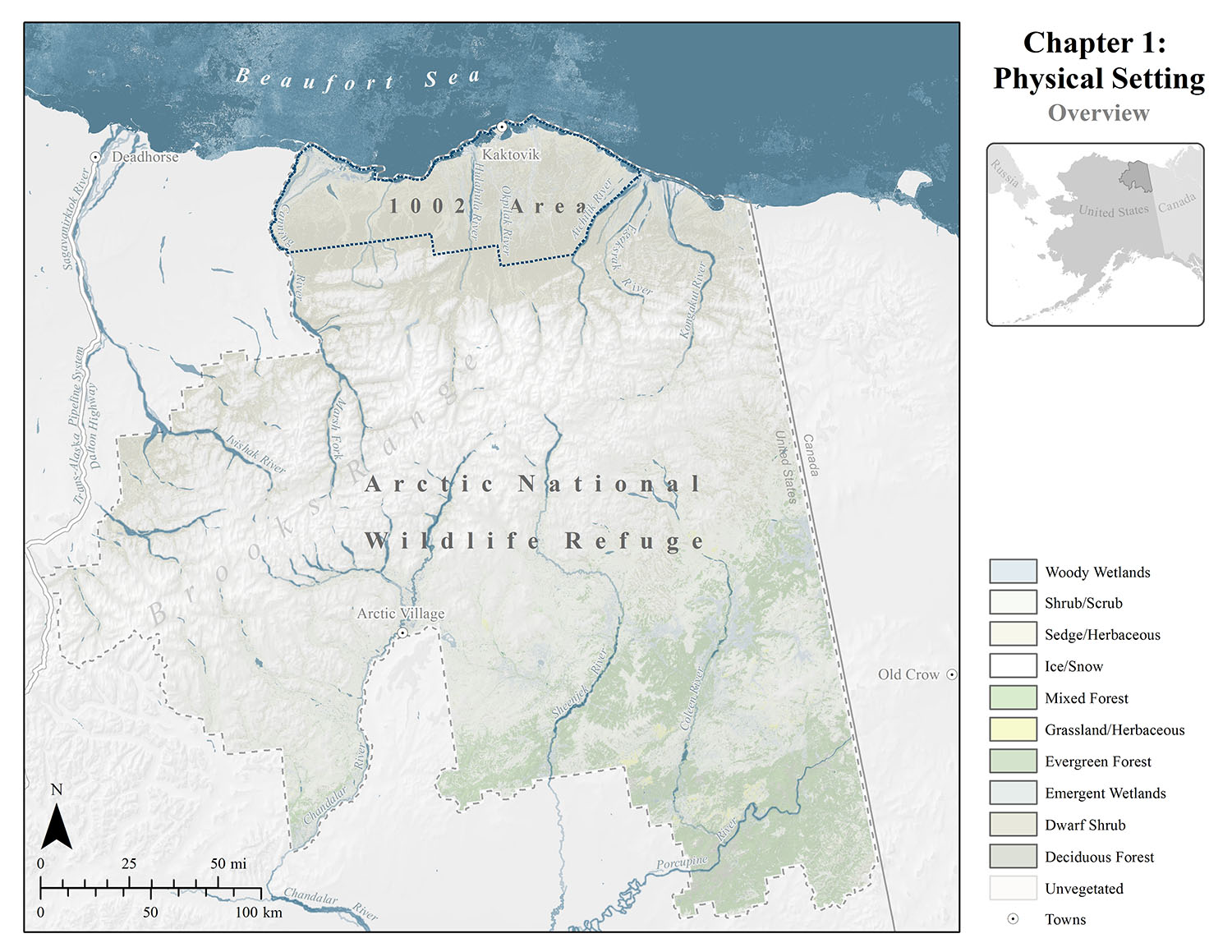 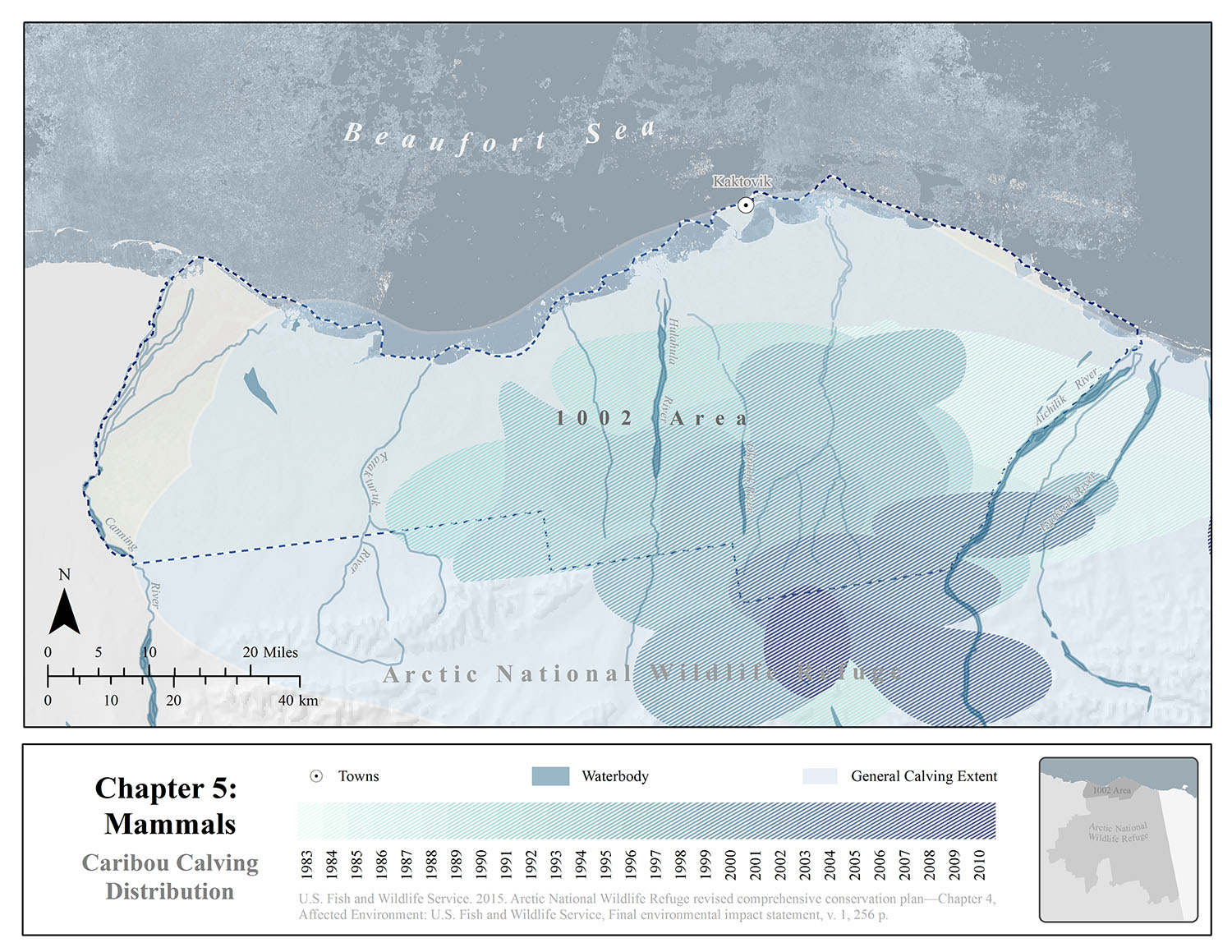