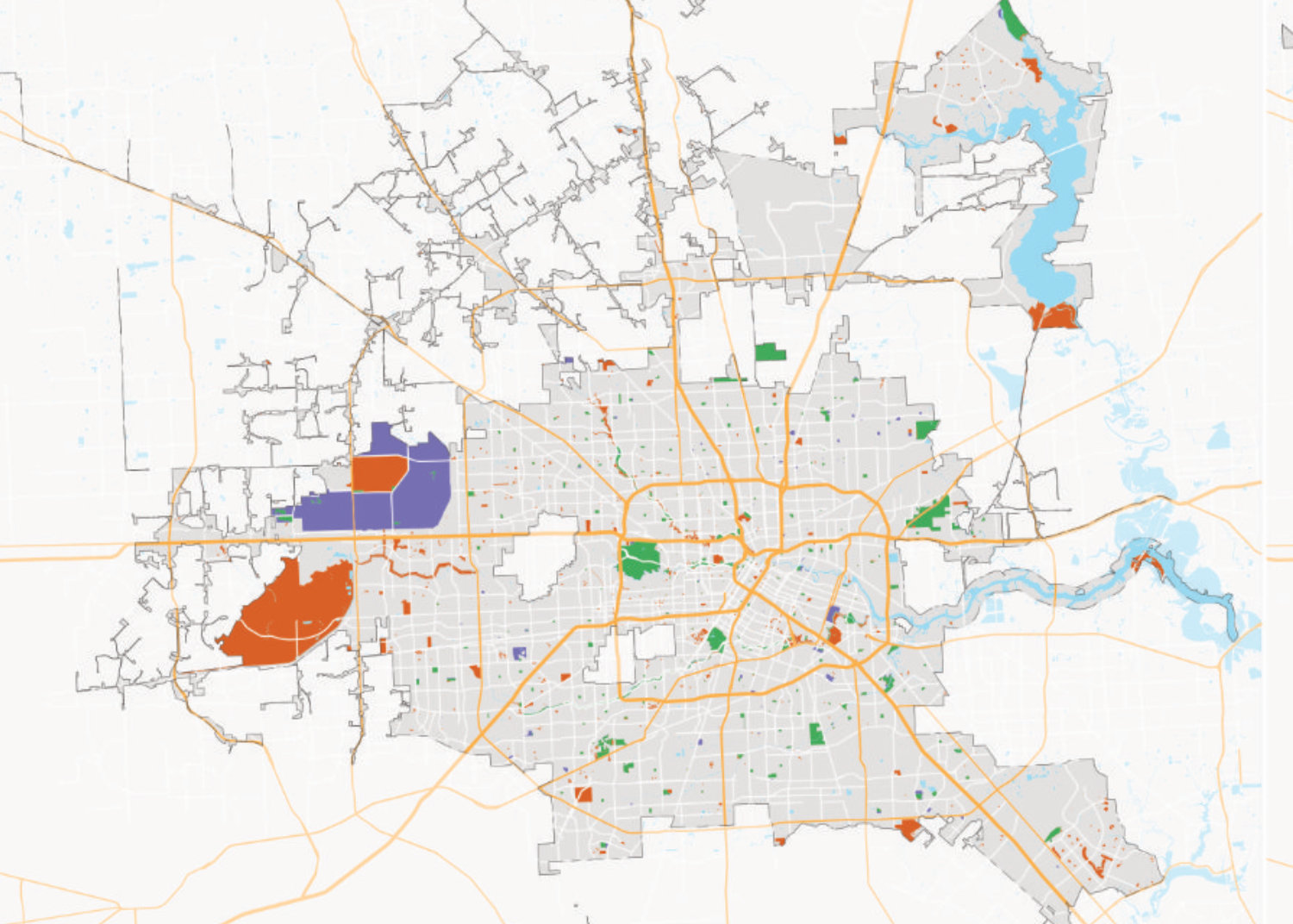 OpenStreetMap US is a non-profit organization dedicated to supporting and growing OpenStreetMap (OSM) in the United States. OSM is a free, editable, and downloadable map of the world that is maintained and edited collaboratively. Since the map first launched in 2004, it has grown rapidly. An estimated 6 million registered users combine to make over 3 million changes to the map every day, and OSM has become one of the most prominent sources of geospatial data available. The goal of this project was to assess the viability of using the data available on OSM to track and measure progress made on the UN Sustainable Development Goals and their related indicators.

Eugene measured and mapped two SDG indicators - the amount of public open space available in urban areas and access to public transit - in six American cities: Baltimore, Philadelphia, Houston, New Orleans, Minneapolis, and San Francisco. He performed these measurements once using data collected from OSM and again using other publicly available data sources, such as land use files on municipal Open Data portals and transit agency GTFS feeds. After comparing the results and the process with each data source, he found that OSM is a viable source of data for tracking the open space indicator, but it likely needs to mature further before it can be used to measure access to public transit. Nevertheless, he found that OSM had several advantages as a data source, such as its worldwide coverage, consistent data standards, and scalability, that make it a promising source of geospatial data for measuring the UN Sustainable Development Goals.

In a separate part of the project, Eugene also produced a tutorial for downloading, manipulating, and mapping OpenStreetMap data in QGIS. The tutorial can be found on the TeachOSM website. 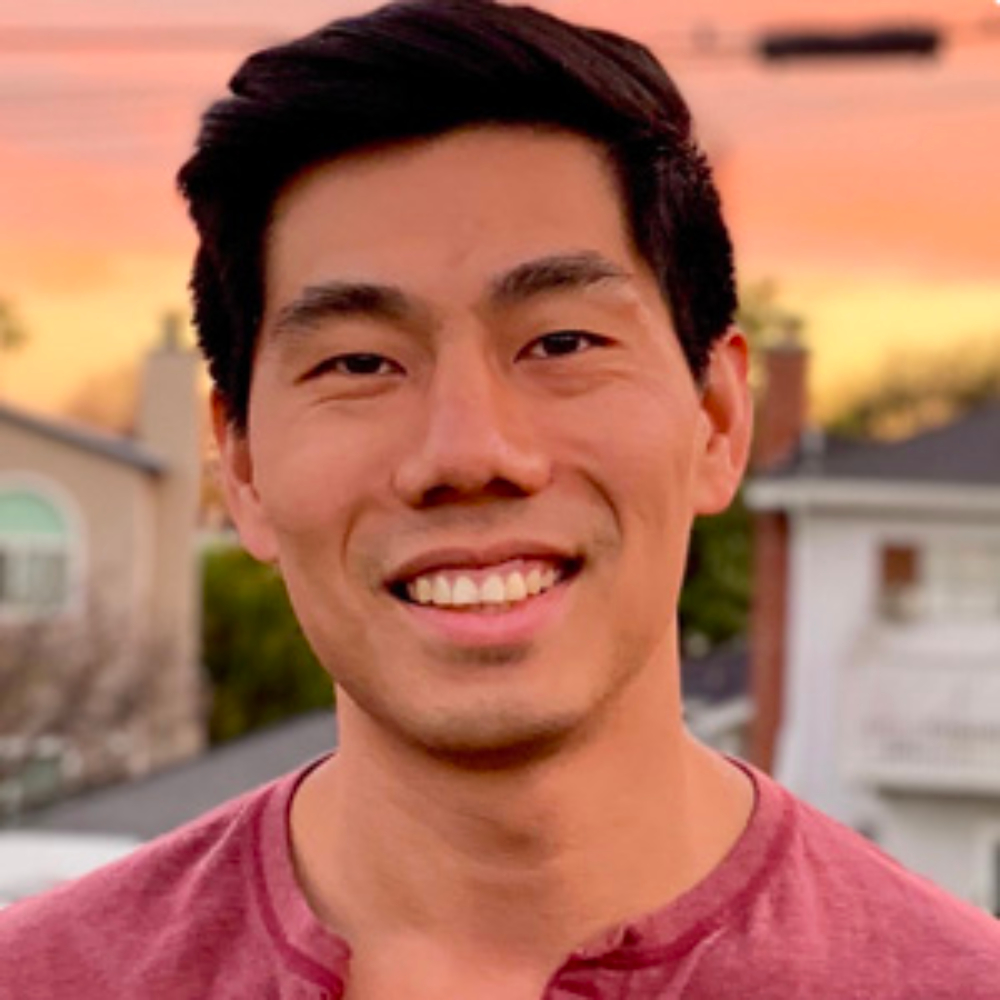 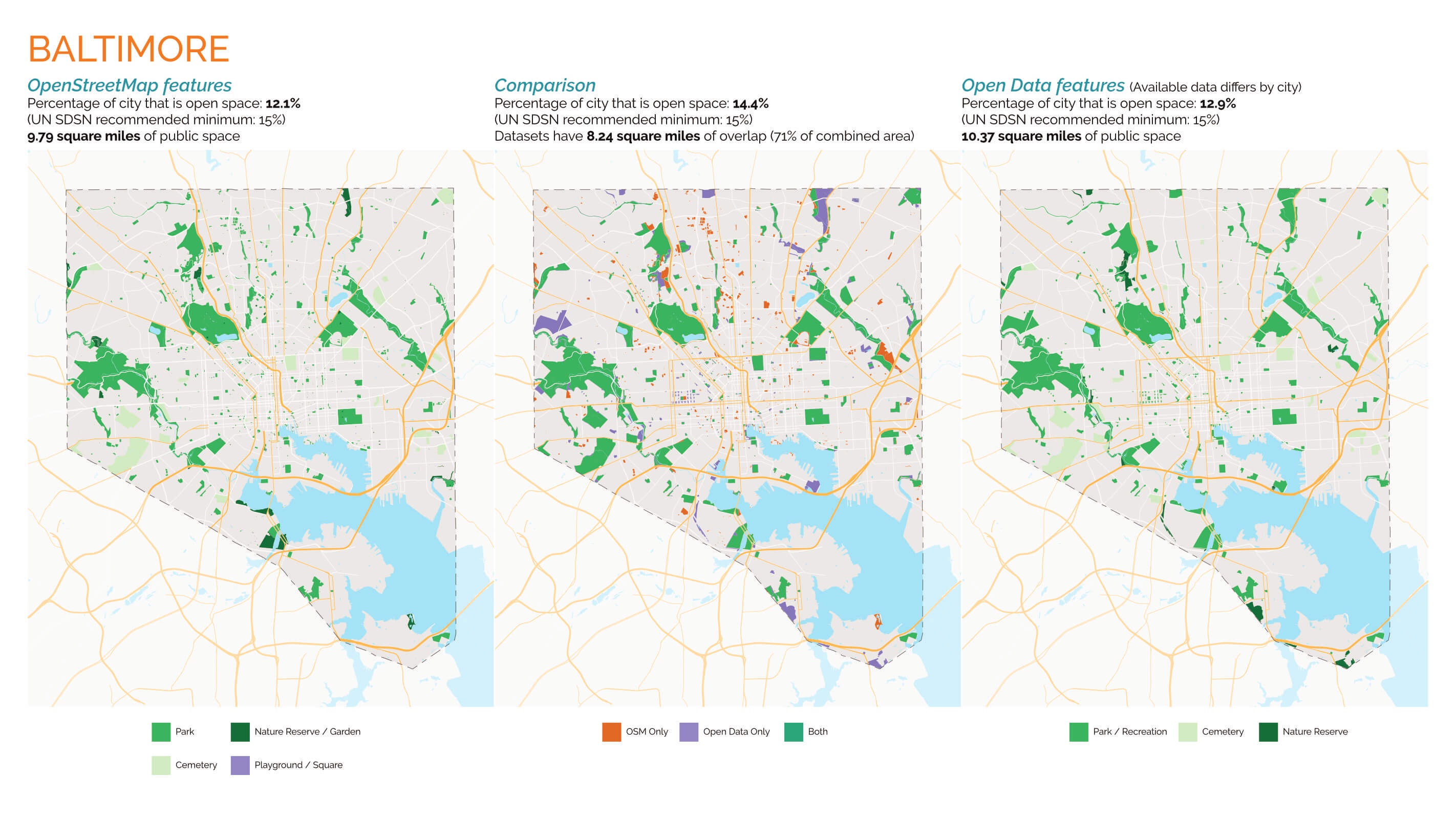 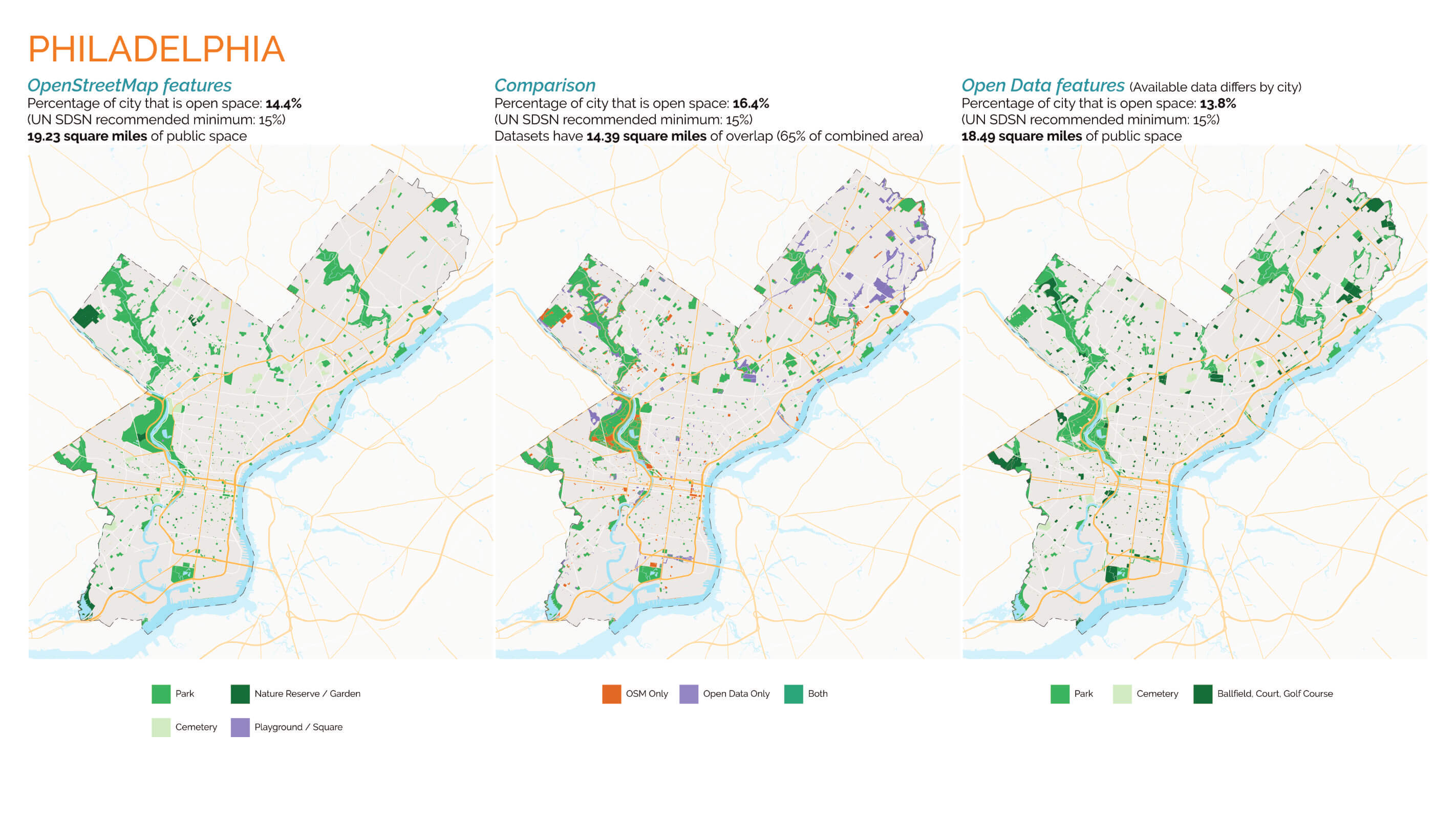 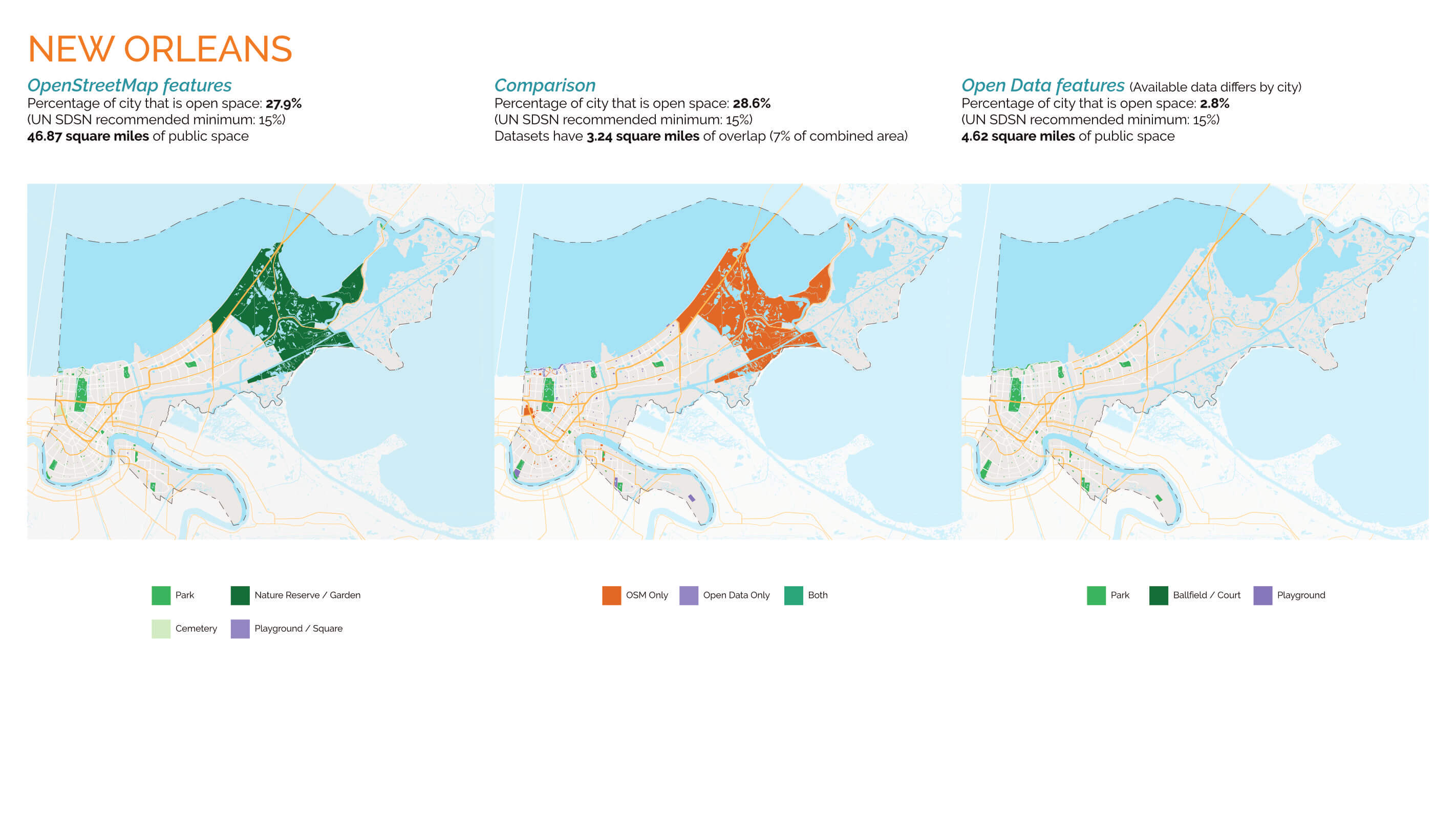